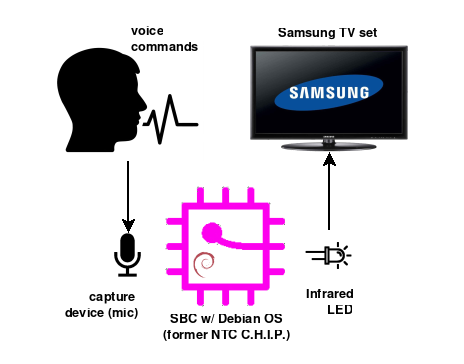 This project presents an open-source, low cost universal remote control system that translates user’s speech into commands to electronic devices. The system works well in both English and Brazilian Portuguese languages. Although cloud speech recognition systems are getting really usual, the good thing about the project is that it uses a local, offline speech recognition system, which doesn’t require a connection to the Internet. Plus, controlling things via speech would certainly be a viable option to people whose upper limbs are compromised.